More public spaces have Narcan in Grand Forks, hundreds trained to use it.

GRAND FORKS — Naloxone, a nasally administered spray that can reverse the deadly effects of an opioid overdose, is now available in more public spaces in downtown Grand Forks and near the University of North Dakota. Doses of the life-saving anti-overdose drug, also known by the brand name Narcan, can be found in emergency boxes in places like Ralph Engelstad Arena, Grand Forks County Courthouse and the Metro Transit Center. Each box has two doses, something city opioid response coordinator Michael Dulitz says is necessary in some overdose cases. Thirty people overdosed on opioids last year in Grand Forks, and three died. In 2017, 53 people overdosed in 2017 and four people died. City health officials say there are fewer overdoses and deaths because of better education and availability of naloxone. “We aren’t declaring victory yet in our opioid response work but the numbers are very promising,” said Dulitz, who has trained nearly 600 people how to administer Narcan in the last year. “This past week I did training at the airport. We worked with the airport authority, TSA, Border Patrol and then all of the contract employees that work at the airport,” said Dulitz. Bus, library and school staff have also been trained and equipped. “We want to make sure that we’re continuing this positive trend in the coming year,” said Dulitz. 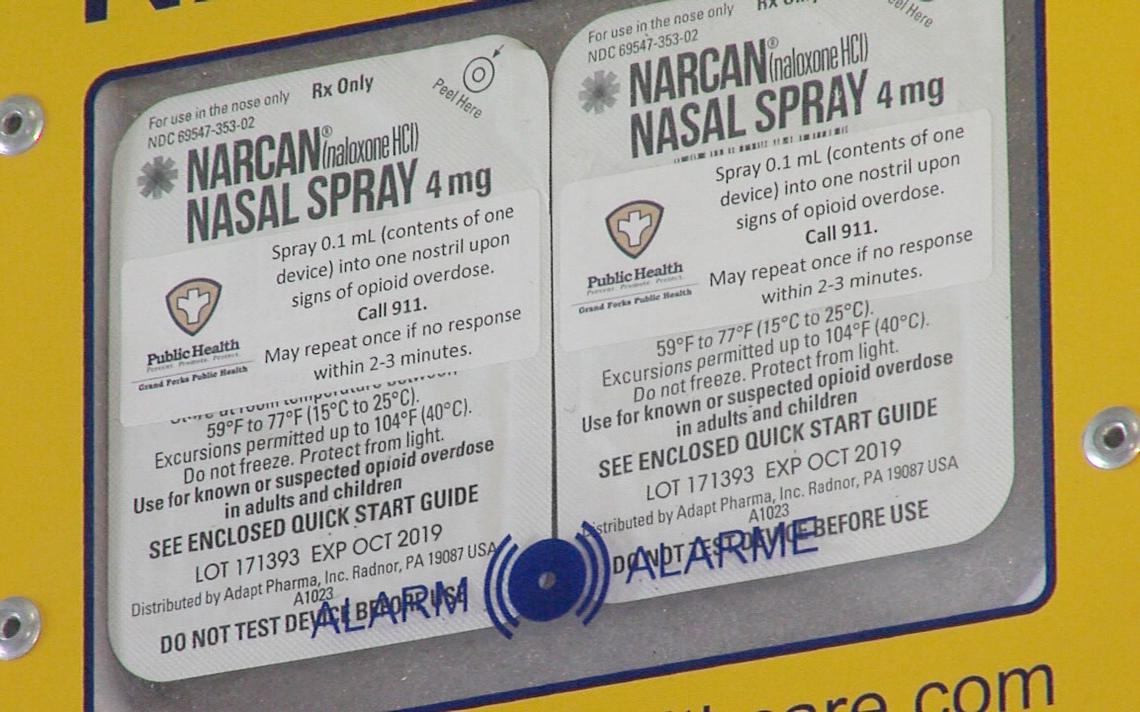